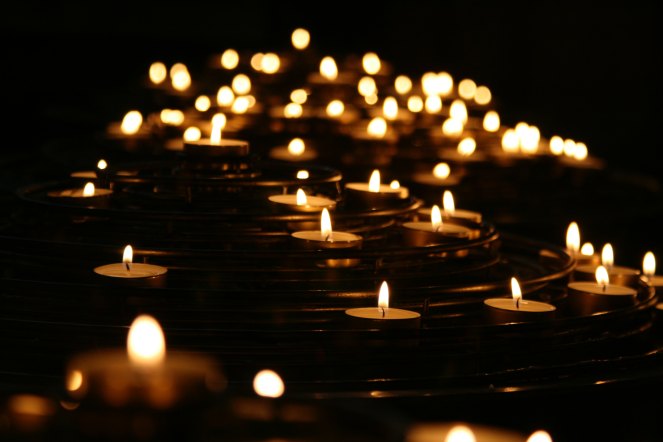 This is a thing, you know – a real medical thing.

Because I didn’t know until recently. It is defined as a chronic, heightened state of mourning. Well now…who knew?! I mean, I knew because I saw it in my Mother every day, but I didn’t know it had a medical name.

It takes many guises, many of them so serious and upsetting I could never write about them, but this one is more whimsical, even if the hardened grief is evident at its core.

The car registration was 99D. Older than my fifteen-year old niece. It was black. It was sleek. It was Mercedes Benz. It belonged to my father who passed away in 2001. That’s right, 2001. Seventeen years ago.

My mother drove it badly for years, casually administering whiplash to unsuspecting passengers every time she braked, leaving the sun roof open when it rained and awkwardly inserting tiny grandchildren into a car seat at a bizarre angle all the while repeating, like a mantra ‘this car will last longer than I will.’ Ok Ma, whatever you say.

Cut to October 2017. The car had been giving a lot of trouble over the past year. Ma had taken to carrying out secret garage visits; ‘I’m just off to the shops‘ she would shriek, bang the front door and return later without any shopping bags. Mysterious whispered conversations on the phone turned out to be with the mechanic. This behaviour led to arguments about the safety of the car, the practicality of changing it, but she was adamant. She was holding on to that car with both hands. En famille we accepted defeat.

The day of the three-year-old’s birthday dawned. It was to be a more momentous day than any of us anticipated. Ma arrived at my brother’s house late for the birthday party. Nothing unusual in that. What was unusual was the manner of her arrival.

She was in her tennis skirt. It was minus 2 degrees outside. Not in the car though. There was steam billowing from the engine. Ma was flapping about like a mother hen over her baby wondering how and why this was happening as she had just had it serviced. And it had passed the NCT, which, as we all know is equivalent to being given a clean bill of health when all you do is chain smoke and eat crisps.

The three-year-old appeared, eyes wide with wonder, either at the car, or the vison that was my seventy-year-old mother in her tennis gear. The nine-year-old came racing down the stairs and immediately began whimpering at the sight of the smoke – this is the same child who hyperventilates when the washing machine beeps. Anxiety is an inherited disorder apparently. The dog began barking and running in circles because that’s all the dog can do. He doesn’t even walk.

My sister-in-law appeared and suggested phoning Rescue, which at this point in the venerable car’s career, my mother had on speed dial. Only she didn’t have her phone. The word mobile and phone – they just don’t compute for my mother. Thirty years of having a phone in the hall doesn’t lend itself easily to adaptation. How natural selection ever occurred I will never know. So, no Rescue number. Or name for that matter.  Reliant on my mother’s erratic memory we made tea and gave her some birthday cake and hoped for the best. Eureka. She remembered the name of the rescue company. Google in, number out.

I was clock-watching, due to go to an exercise class at 7pm. It was 6 o’clock.  I had planned on being here for half an hour. That is after all the average attention span of a three-year-old.

My mother tried, with a mouth full of cake and a malfunctioning hearing aid to explain to the woman on the other end of the phone what was happening. The woman couldn’t understand anything. Hardly surprising as my mother was talking with her mouth full, the television was blaring, the dog was barking, the nine-year-old was crying; the three-year-old was screaming for all the attention that had been robbed from her by the exploding car, the fifteen-year-old came home from an after-school activity, completely ignored the fuss, focussed entirely on the chocolate biscuit birthday cake and the eleven-year-old was eating Nutella and paying no attention to anyone. I noticed there was an unfortunate lack of responsible adults. They were all still at work.

I sat down, took a very deep but utterly useless breath, cancelled my exercise class, took the phone from my mother, surrendered to the chaos, the cake and this episode of complicated grief.

As I watched the steam rising from the ancient engine, while waiting for the rescue truck, I wondered would this change her mind about getting a new car.  She kept muttering ‘It’s the last thing I have of your father.’

That would be a NO then.